PART 3
Come up with a short list of subjects for consideration for your final project. Be ready to discuss in class.

PART 4++
Cover a Live Event / Multiple Pictures
Select a scheduled public event and photograph all aspects of the event in the form of a photo essay. Be sure to shoot various scenes, including overalls and details, and illustrate what the event is about. Get photos of all the important people and subject matter.
Select a carefully chosen event to shoot, thus you have three weeks to plan.

Do not shoot a sporting event, a press conference, fair, etc. Check newspaper, campus fliers, and magazine listings for a schedule of events in your area.

Select an event that will be visual, not something static like someone standing at a podium talking. Think of some of the work reviewed in class. Your event selection is key, give it some thought and planning.

Be prepared to use your flash if necessary. Keep in mind some of the elements of good composition, avoiding; cluttered and distracting backgrounds, objects appearing behind heads, dead space, etc. Fill the frame, making interesting photographs that have impact. Composition, positioning, background, and lens selection should all be taken into consideration. Photos as a collection should illustrate what the event is about. Make the photos relevant, avoid repetition. 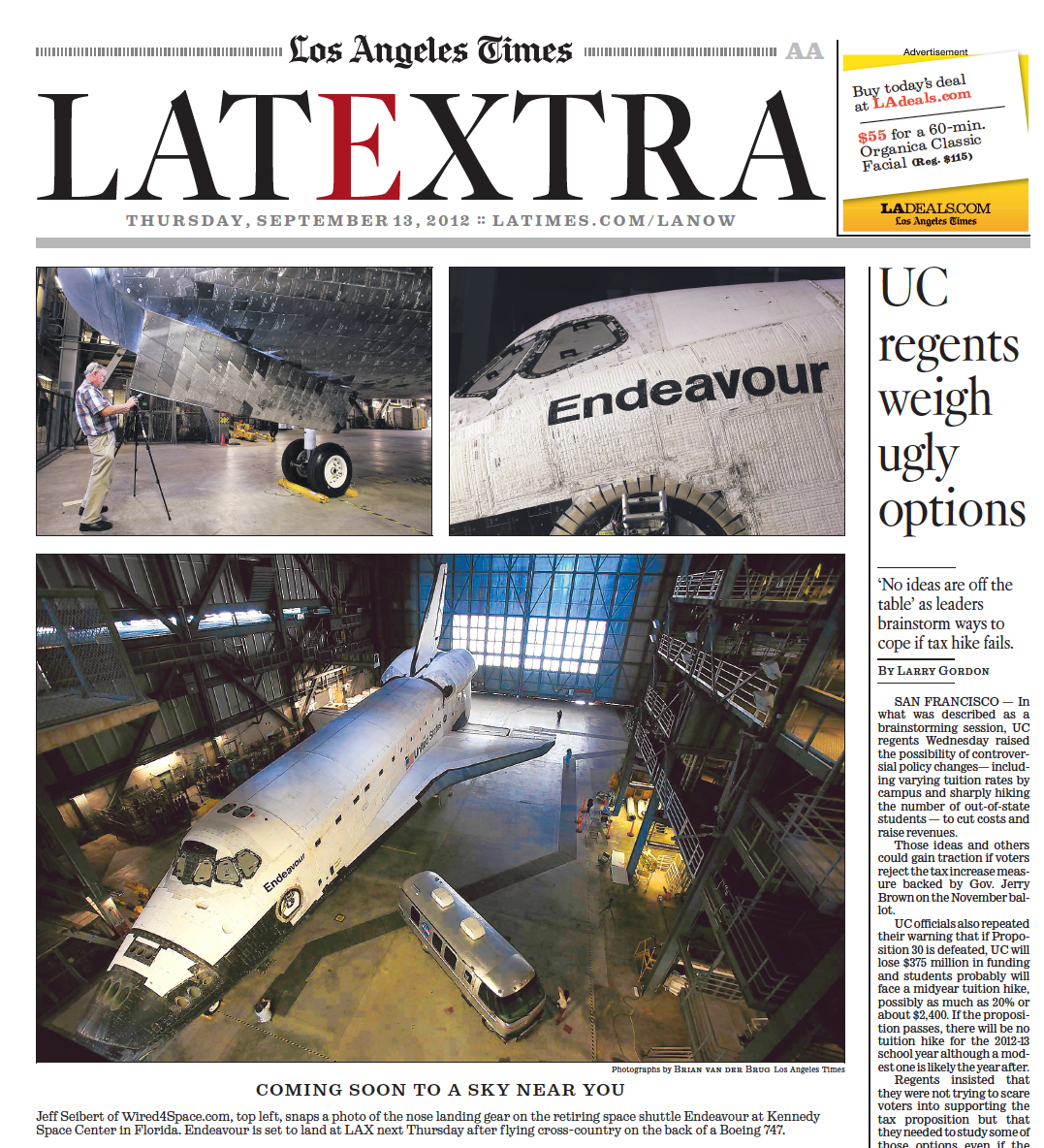 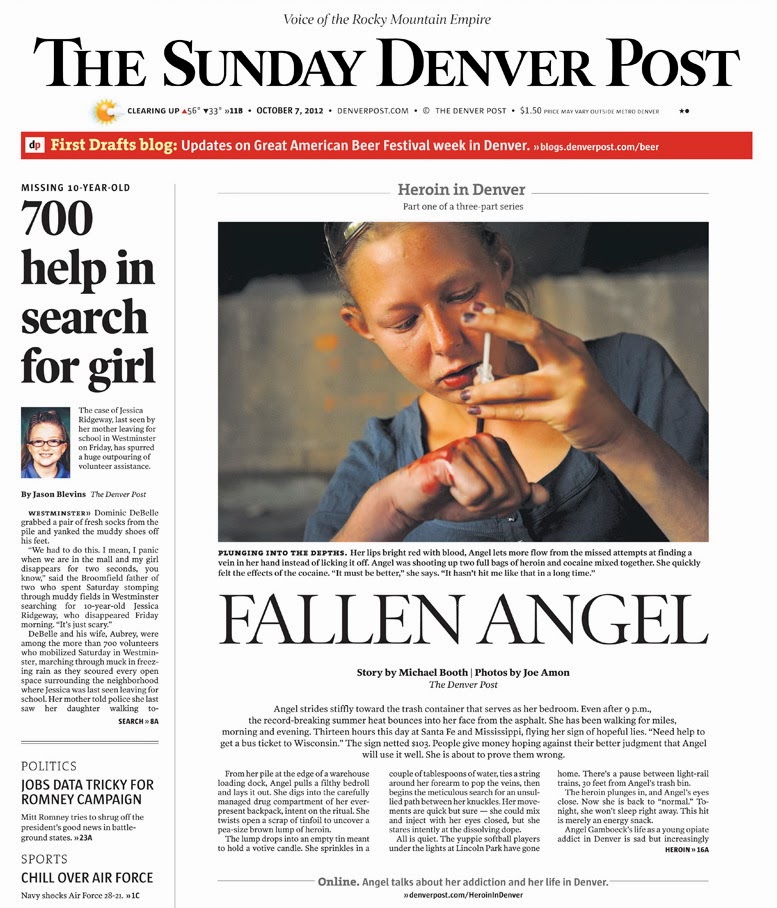 
Mathew Brady arrived in New York City at the age of sixteen. Soon after taking a job as a department store clerk, he started his own small business manufacturing jewelry cases. In his spare time, Brady studied photography under a number of teachers, including Samuel F. B. Morse, the man who had recently introduced photography to America. Brady quickly discovered a natural gift. By 1844, he had his own photography studio in New York.
Brady soon acquired a reputation as one of America's greatest photographers -- producer of portraits of the famous. In 1856, he opened a studio in Washington, D.C., the better to photograph the nation's leaders and foreign dignitaries. As he himself said, "From the first, I regarded myself as under obligation to my country to preserve the faces of its historic men and mothers." He became one of the first photographers to use photography to chronicle national history.
At the peak of his success as a portrait photographer, Brady turned his attention to the Civil War. Planning to document the war on a grand scale, he organized a corps of photographers to follow the troops in the field. Friends tried to discourage him, citing battlefield dangers and financial risks, but Brady persisted. He later said, "I had to go. A spirit in my feet said 'Go,' and I went."
Mathew Brady did not actually shoot many of the Civil War photographs attributed to him. More of a project manager, he spent most of his time supervising his corps of traveling photographers, preserving their negatives and buying others from private photographers freshly returned from the battlefield, so that his collection would be as comprehensive as possible. When photographs from his collection were published, whether printed by Brady or adapted as engravings in publications, they were credited "Photograph by Brady," although they were actually the work of many people.
In 1862, Brady shocked America by displaying his photographs of battlefield corpses from Antietam, posting a sign on the door of his New York gallery that read, "The Dead of Antietam." This exhibition marked the first time most people witnessed the carnage of war. The New York Times said that Brady had brought "home to us the terrible reality and earnestness of war."
After the Civil War, Brady found that war-weary Americans were no longer interested in purchasing photographs of the recent bloody conflict. Having risked his fortune on his Civil War enterprise, Brady lost the gamble and fell into bankruptcy. His negatives were neglected until 1875, when Congress purchased the entire archive for $25,000. Brady's debts swallowed the entire sum. He died in 1896, penniless and unappreciated. In his final years, Brady said, "No one will ever know what I went through to secure those negatives. The world can never appreciate it. It changed the whole course of my life."
Despite his financial failure, Mathew Brady had a great and lasting effect on the art of photography. His war scenes demonstrated that photographs could be more than posed portraits, and his efforts represent the first instance of the comprehensive photo-documentation of a war.

The Library of Congress presents these documents as part of the record of the past. 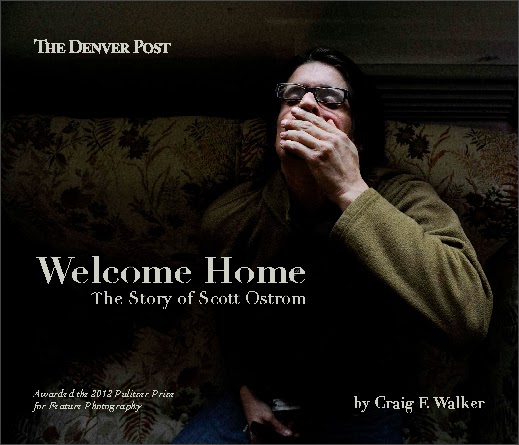 Craig F. Walker, a photographer at The Denver Post,  was awarded the Pulitzer Prize for feature photography, the second time he has won journalism's highest honor in three years.

In "Welcome Home," Walker chronicled the story of Scott Ostrom, who returned to the United States with a severe case of post-traumatic stress disorder after serving four years as a reconnaissance man and deploying twice to Iraq. 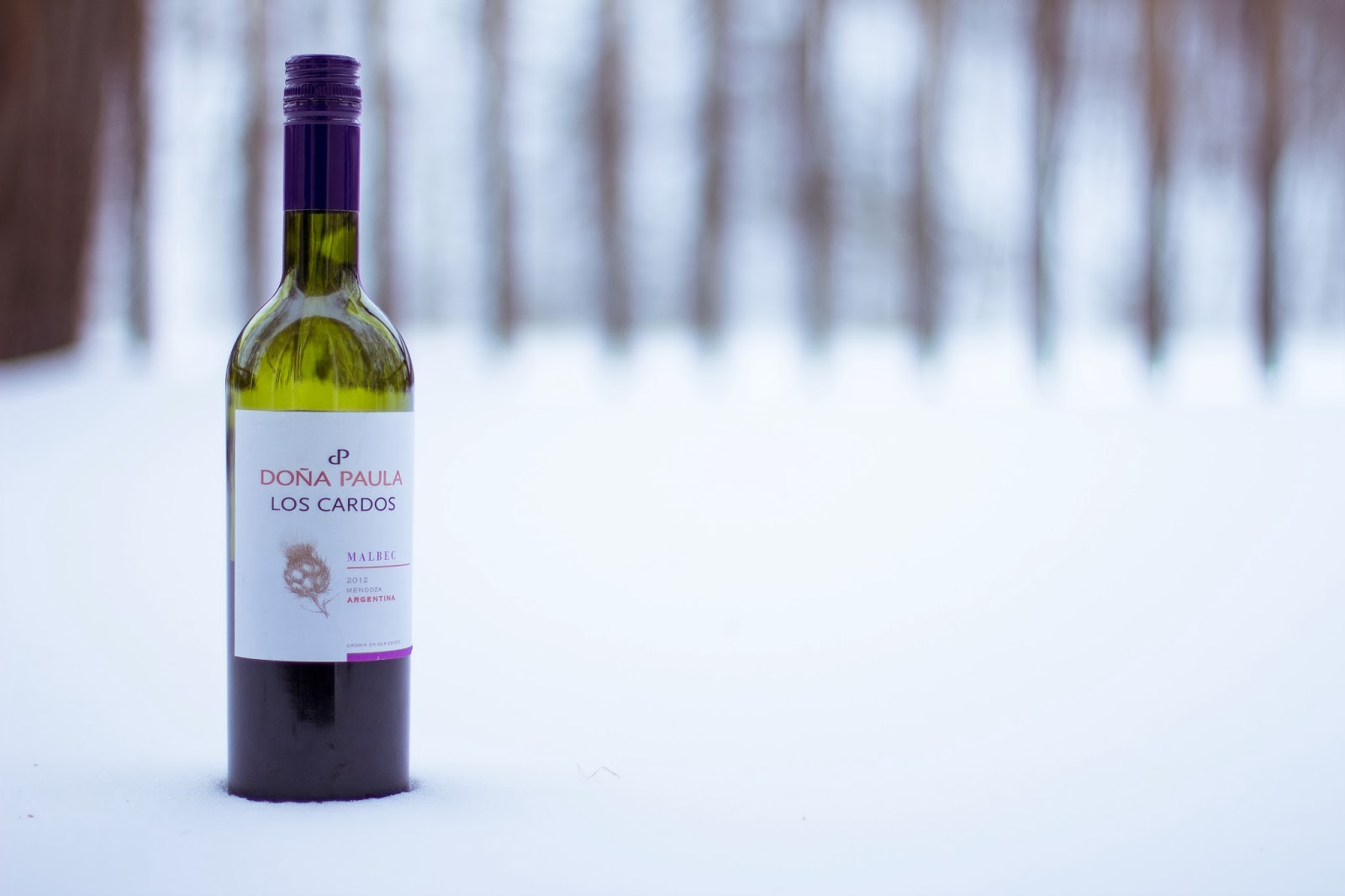 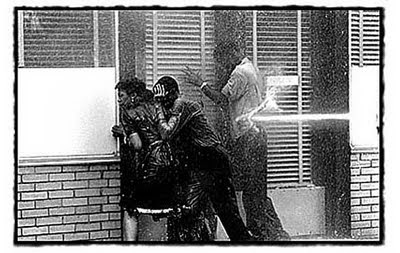 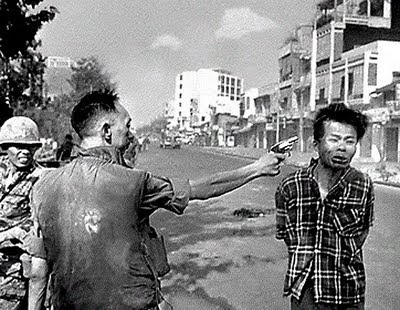 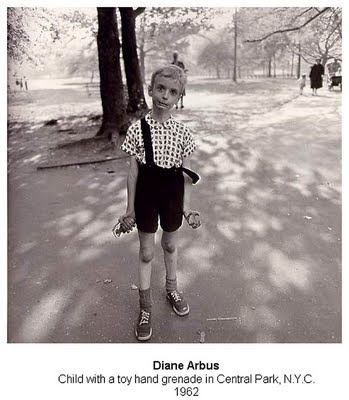 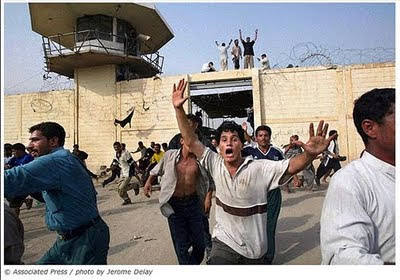 Guide to Photojournalism
By Brian Horton
Read pages 79-101“Features and Portraits; Seeing the World Around Us.”

PART 3
Have (3) subject ideas for your Final Project for discussion.

PHOTO 1:
Make an environmental portrait of a person using “Rule of Thirds.
Subject: Make well-composed, expressive environmental portraits of a person in their place of work environment. Photo should give insight into what the person does. The environment should be obvious and explanatory. Make photos of subject in different positions, locations, with special emphasis on positioning.
Keep in mind:
YOU ARE IN CONTROL, this is a passive assignment.
There should be obvious foreground & background.

PHOTO 2:
Make well-composed action photos of a person at work in their place of work environment  using one of these compositional techniques: Framing, Leading Lines, Juxtaposition, or Silhouette.

This should be a Graphic Photograph. One that is visual and emphasizes the relationship between the lines, shapes and forms produces an aesthetically pleasing visual presentation.
Graphic elements are as important as the story-telling content with this assignment.
Keep in mind:
This is NOT a passive assignment, this is an active photo, and should be documentary.

*Students must complete:
2. Follow “Basic Photoshop”, use outline provided if needed.
3. Type complete caption in FILE INFO field in Photoshop, see instructions.
****CAPTION MUST STATE WHICH TECHNIQUE YOU ARE USING!
4.SLUG PHOTO AS FOLLOWS:
Last name_ composition1.jpg, Last name_ composition2.jpg
5. Place image in the “drop folder”
(remember to save a copy for yourself to you folder)
at Saturday, February 22, 2014 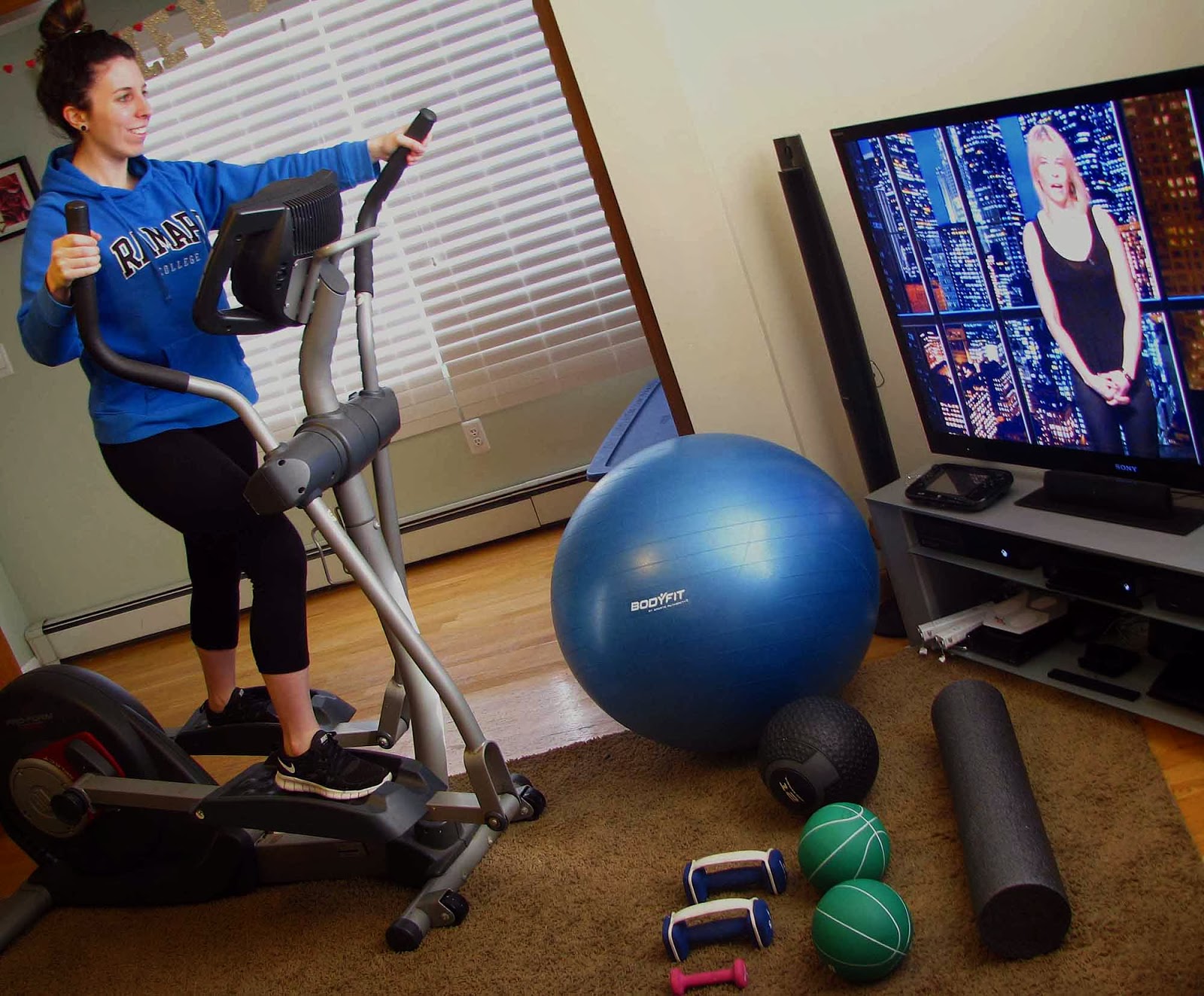 Saw some very nice photos from Week 1, we saw some really nice self-portraits with self-expression. Let's keep up the good work.

PART 3
SELECTIVE FOCUS is a technique in which one portion of a photograph is in focus, while other elements are blurred out-of-focus. The photographer makes the choice. Remember, the viewer's eye is naturally drawn toward the part of the photo that is in sharp focus. This is achieved by careful focus and employing shallow depth of field through the use of a wide aperture. The subject is isolated from its surroundings, through focus and depth-of-field.
Photo 1
Photograph a person holding (or with) their favorite object, with obvious foreground vs. background.
Demonstrate your understanding of "selective focus."  This is a creative and technical assignment. Make strong expressive photos! Shoot different angles, work the subject.
Photo 2
Photograph a person in a favorite room or place, with obvious foreground vs. background. There should be a connection between the person and the place.

*Students must complete:
1. Select (1) best photo one of each.
2. use Photoshop to edit images.
3. Be sure to include a caption
4.SLUG PHOTO AS FOLLOWS:
EXAMPLES: yourlastname _ focus_person.JPG
***photos must be slugged correctly, -1pt
5. Place images in the “drop folder” (remember to save a copy for yourself to your folder)

*WEDDING & COMMERCIAL PHOTOGRAPHERS ARE NOT PERMITTED. **WORKING PHOTOJOURNALISTS & NEWS PHOTOGRAPHERS ONLY!
***SELECT SOMEONE WITH REAL EXERIENCE –at least 5 years.

The goal of this presentation is for students to learn something about the field of photojournalism, which is undergoing cataclysmic changes, from a working professional who can offer insight. In addition to the list of questions below, students should prepare their own set of questions. Research on photographer’s background should be completed BEFORE interview session.
Be inquisitive. Get their advice. Get a sense of the photographer’s attitude, style, and perspective. This is a unique opportunity to get some real career insight, even in photojournalism is not in your future. There is much that can be learned from professionals in related fields. Make the most of the opportunity.

3. The paper MUST follow this outline:
I.BACKGROUND
-Why was photographer selected?
-What is the photographer’s background?
-How did they get interested and started?
-Etc.
II. PHOTOGRAPHY WORK
-What type of work or projects is the photographer known for?
-List examples, and gives description.
-Copy and paste at least 2 photos into WORD document.
-Who do they work for now, in the past?
-Describe their job/assignments.
Etc.
III. JOB
-Describe their job/assignments.
-What aspects of their jobs are most satisfying? Least satisfying?
- What aspects of their jobs are most difficult?
-What advice do they have for young journalists?cont>
-What are the most important skills to have to be a successful photojournalist?
-What changes in the business have they experienced?
-What does the future hold for photojournalists?

DO’s AND DON’Ts:
-Do not wait until the last minute to contact the photographer. DO IT NOW!
-Do not expect the photographer to get back to you immediately, if at all.
-Be persistent and assertive, and don’t wait for returned calls. Be proactive.
-Do research BEFORE contacting them. Impress them with what you already know about them. This will most likely lead to a better interview, and will show respect for their time.
-Ask for help in making initial contact.
-Make every opportunity to accompany them on an assignment.