When covering a live assignment, there are three basic picture types:
1.MAIN SHOT(s) (usually the best photo, or the human interest)
2.OVERALL (scene setter)
3. DETAILS ( close up, descriptive)
You want to cover all angles, inside and out, up and down, lens variety,work it all.
OVERALL 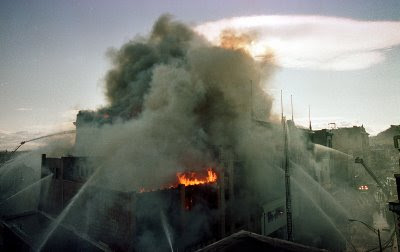 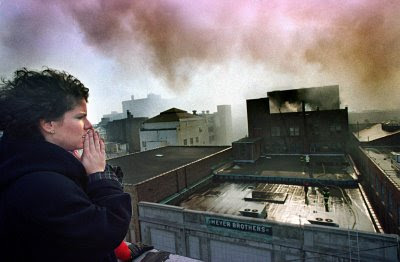 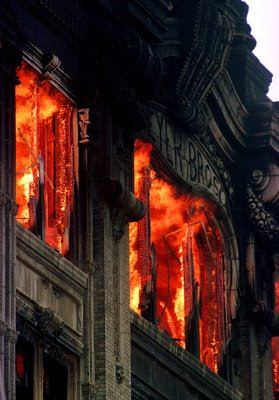 Covering Live Events, consider:
-get there early, get in front.
-scout it out, walk the route, know the landscape or the room.
-look for best vantage points, get set up.
-plan for more than one location, maybe one high, one low.
-get a printed program, get as much background info before.
-get names, get story, know who key people & issues are.
-focus on what story is about, pictures should tell the story.
-be prepared for any change in light, schedule, etc.
-think: inside & out, up & down, wide & tight, front & behind.
-think lens variety, work it all.
-work the crowd for candid moments.

Look for the right moment.
Search for the right expression.
Look closely at the details.
Don’t edit your self while shooting.
Shoot first, edit later.

Be PREPARED
For what may happen unexpectedly… 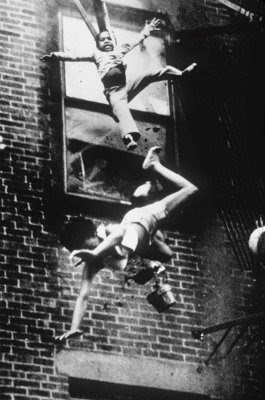 July 22, 1975.
Stanley J. Forman was working for the Boston Herald American newspaper when a police scanner picked up an emergency: Fire on Marlborough Street. Forman rushed to the scene, where multiple fire crews were battling an intense blaze. There was a distress call for a ladder team to the rear of the building to help a stranded woman and child. Forman followed.

Climbing atop the fire truck for a better view, Forman instinctively began covering the events before him. As firemen on the scene focused on their work, Forman's attention was directed to a young woman, Diana Bryant, and a very young girl, Tiare Jones. Both were seeking help from fireman, Bob O'Neil, located on the roof directly above them. O'Neil moved to the fire escape and motioned for the truck's ladder to be brought to them. The flames came closer and closer to the fire escape as Forman continued to shoot.

Then, at the very instant the ladder reached the trio, the fire escape gave way. O'Neil clung to the ladder, but Bryant and Jones fell helplessly. Forman snapped a last picture before turning away, knowing the bodies were falling to the ground. Diana Bryant was pronounced dead at the scene. The young girl lived.

Photo coverage from the tragic event garnered Stanley Forman a Pulitzer Prize. But more important, his work paved the way for Boston and other states to mandate tougher fire safety codes. 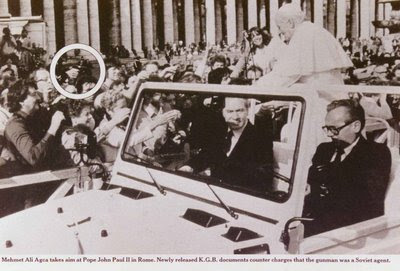 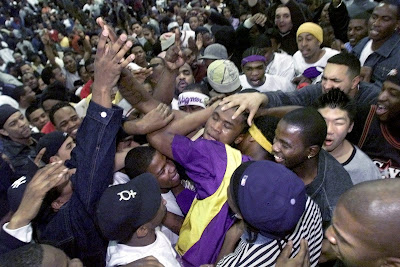