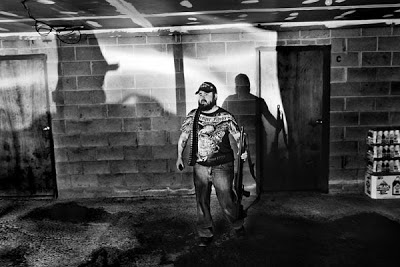 View third:
"An investigation into one of Paolo Pellegrin's pictures in an photo essay that recently won honors in both World Press Photo and Pictures of the Year International claimed that the image did not show what it claimed to show, it was not taken where it was said that it was taken, and the subject wasn't who the photographer said it was in the contest captions." Read more by Donald Winslow/ NPPA