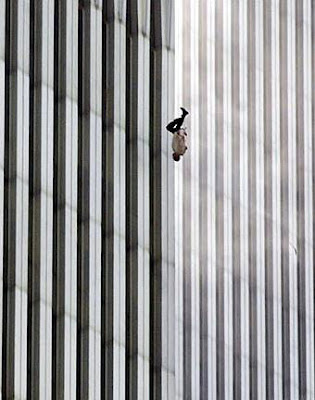 Here is an interesting video on one of the most controversial photos from 9/11.

"Falling Man" was taken by AP photographer Richard Drew at 9:41:15 a.m., on September 11, 2001. It shows a man jumping or falling from the WTC towers. The photograph provoked anger, particularly in the United States, in the aftermath of 9/11.

It is believed to Jonathan Briley, who worked in the North Tower restaurant and was identified by chef Michael Lomonaco. He was also identified by his brother. Read more.